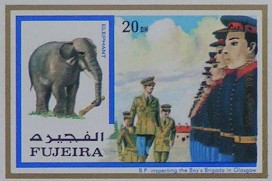 Fujeira
Baden Powell inspecting the Boys' Brigade in Glasgow
This was one of a series of stamps featuring Baden Powell. There is some uncertainty over the validity of these stamps as Fujeira joined with other sheikdoms to form the United Arab Emirates (UAE) in 1971. However, the UAE Ministry of Communications did not take over the Fujeira Postal Service until 1st August 1972.
Issued 20th July 1972 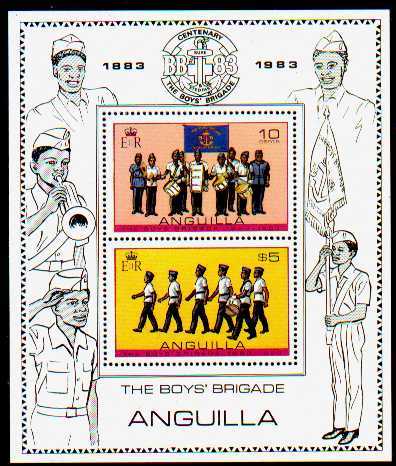 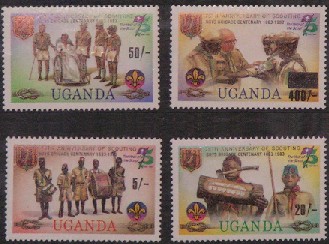 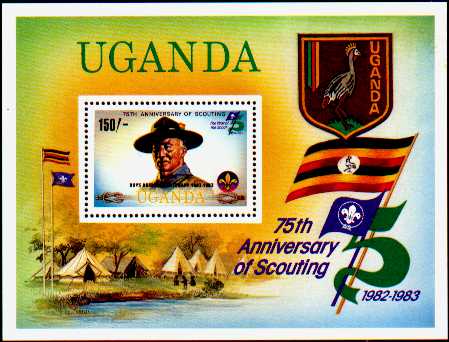 Uganda
It might look like these are Scout anniversary stamps, but if you look very closely in the middle, you can see that they have been overprinted to commemorate the Centenary of the Boys' Brigade as shown below. Note too, that the 400/- stamp has had its value overprinted. Originally, it was a 100/- stamp