BB on Stamps - Other Commemorative Covers

These envelopes have been produced by those wishing to commemorate a special occasion. Usually there is a related postmark. 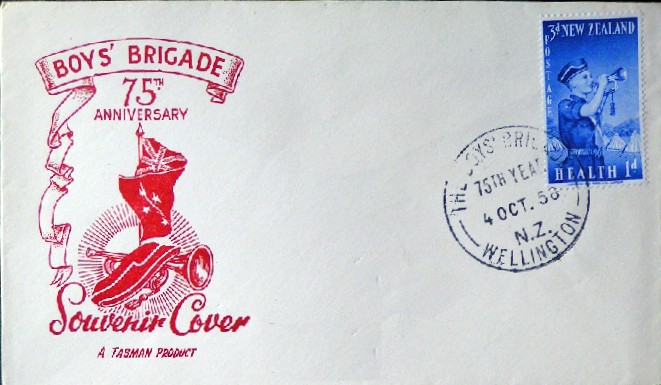 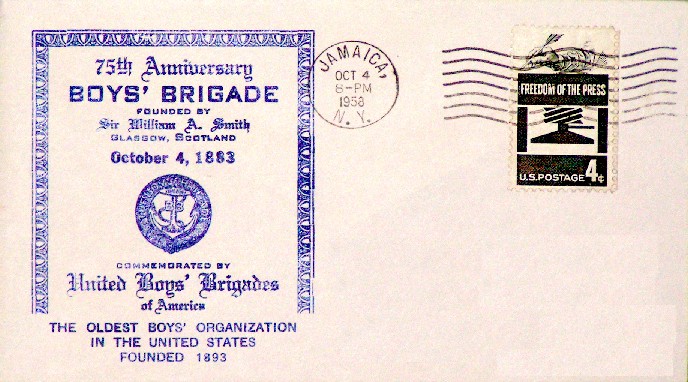 75th Anniversary of the Boys' Brigade. This also came with a commemorative sticker to seal the envelope.
The envelope contains a card with the BB Object & Motto, and contact details for the United Boys' Brigades of America.
USA
4th October 1958 Commemorating the 10th Ealing Company of the London District, Trooping the Colour in London
6th June 1970 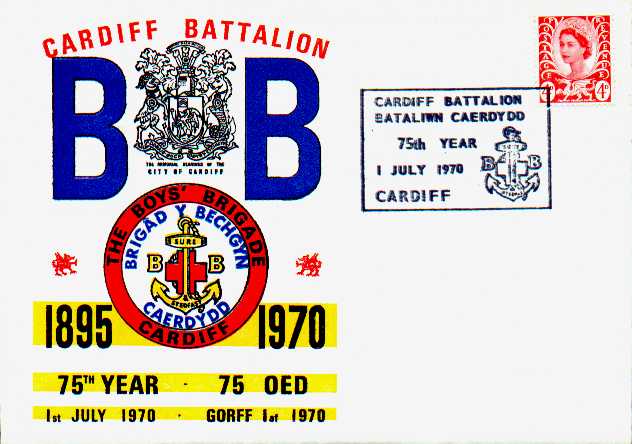 Centenary of Cardiff District Battalion
A brief history of the Cardiff & Vale of Glamorgan Battalion is provided on the accompanying card.
1st July 1995